The north shore of Fuerteventura is home to some of Europe’s biggest, and heaviest waves. From the town of Correjelo on the North-East side, a small dirt track runs along the coastline to El Cotillo on the west coast. Each day you will see hire cars, piled with surfboards searching for the best spot. With nothing around but a lot of lava and dirt, its fair to say the cars get a bit of a battering. Here Chris and James struggle to return the car to the airport. 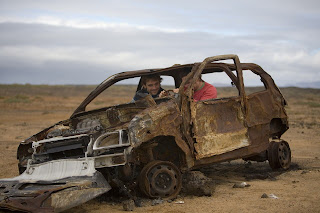 Its not all burnt out cars, and massive waves in Fuerteventura. In fact on any given day it is possible to search out a surf spot to suit your level. Today the boys surfed on the west coast, a small beach break called Esquinzo. 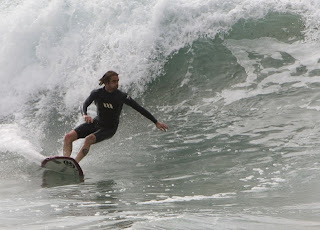